Here are the best law university in the world. As is known, the law study program is one of the most popular college majors. There are many reasons why prospective students choose to major in law in their studies. One of them is the career prospects. Which are quite good every time and are not only adrift in one agency field. 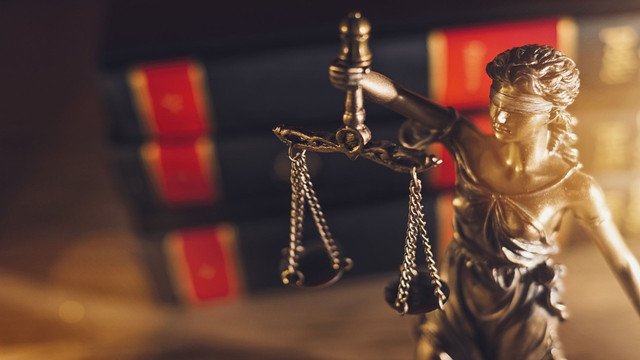 With the acquisition of 99.9 points. This almost perfect score brought the Harvard University Law School to reach the first rank as the best law department. Harvard Law School itself was founded in 1817 and is the oldest law school in the United States. With more than 200 years of experience in providing learning in the field of law. Surely Harvard University should be one of your university destinations for continuing your studies.

Obtaining points that reached 96.4 brought the Faculty of Law University of Cambridge to be ranked third best. The programs include BA, Master, Master in Corporate, and Doctorate.

Yale University is ranked the fourth best among the world’s universities offering the best Law majors. It was founded in 1824. And has provided learning in the field of Law for nearly 2 hundred years. Not only that, Yale Law School’s superiority can also be seen from the points it got, which reached 94.

Not wanting to be left behind by other world universities. Stanford also took part in the ranking of the best Law majors in 2021, which is in the fifth best ranking. With points that reach 92.4, Stanford Law School can be one of your university destination choices. Stanford Law School itself has been established since 1893. Which means it has provided learning in the field of law for more than 120 years.

Another major academy from England that has also succeeded in getting the best ranking in the Department of Law with other world universities. Is the London School of Economics and Political Science or LSE. LSE Law School earned points which reached 89.9 which led it to reach the sixth best rank.

Columbia Law School, which was founded in 1856, or with experience in providing learning in the field of law for more than 160 years. It was ranked seventh best. Based on the ranking attempted by QS World University Ranking, Columbia Law School achieved 88.9 points.

One of the best universities from Singapore. It has successfully as the tenth best in the ranks of world universities. The NUS Faculty of Law was found in 1956 which means it has provided learning in the field of Law for 65 years. Even though it is still in a new category when compared to the previous 9 universities.Which have provided learning in the field of law for hundreds of years. The quality of the Faculty of Law at NUS cannot be underestimate. This is proven from the acquisition of points which reach 86.3.

Kings College London is the fourth oldest university in England. It is a research-led learning institution that pioneers various areas of advancement in all the unique aspects of the law program. With more than 31,000 students (including more than 12,800 graduate students) from nearly 150 countries and more than 8,500 employees. King provides quality teaching and training to its students using the latest and greatest applications.

The university is in the top 7 universities in the UK for research revenue. It has a total annual income of over £778 million. Kings has influenced many of the advances that shaped modern life. Such as the discovery of the structure of DNA and the research that led to the growth of radio, television, cell phones and radar.

Based in the heart of the city at our own and recently renovated Old College. Over the years, Edinburgh Law School has been in the Scottish legal tradition of being open and interdisciplinary. We are a fully comprehensive law school that influences civil change both locally and globally.

With a wide variety of online bachelor’s, master’s, master’s, and research degrees. You can choose which program to pursue. Not forgetting a diploma in professional law practice as well as several short courses.

Founded in 1965, the Faculty of Law has grown from 30 students and 4 academic staff. To more than 2,000 students and more than 130 academic staff in 2020. Their steady development has earned them a record among the best law schools in the world Europe. The Faculty of Law has its main focus on the position of law and its institutions in contemporary international society.

This university has always been strong as a center of national and international excellence in legal research. In the most recent Study Evaluation Exercise (REF 2014).

Leuven is a thrilling place with deep historical roots, as it also meets the most contemporary scientific requirements. Founded in 1425, KU Leuven is one of the oldest universities in the world. Having a research expenditure of €365 million in 2012. KU Leuven is Europe’s leading university of study. Their Law School has over 5,200 students and a very broad curriculum. This Faculty of Law is one of the oldest in the Low Countries and the largest in Belgium. Has a long tradition of public service.

Leiden Law School is one of 7 faculties at Leiden University. Each year, more than 1,000 students choose to study Law, Notary Law, Tax Law, or Criminology. For every program they choose, they face world-class training. With a strong international focus and deep roots in the Dutch legal system. This school has trained generations of jurists for key positions in a society governed by the rule of law. They don’t limit their research to a single goal as they try to do excellent and innovative research in every aspect of the law.

Thanks to their hard work and commitment, they have earned good international rankings. For example, the Times Higher Education World University Rankings (THE) ranks. Leiden law school no 24 in THE based on the subject and no 1 in the Netherlands.

The one year program “LLM Sorbonne Business Law for Foreign Lawyers” is designe for non-French speaking foreign. tudents holding a Master’s degree or equivalent from a foreign university. For this alibi, they have the best law school records in Europe. Although they conduct all law courses in English, students will benefit from French language training and have several opportunities to connect with visiting law practitioners.

Students will also have the opportunity to visit the important French legal institutions, such as the Senate, National Assembly, Cour de cassation, Conseil Constitutionnel of the Conseil d’Etat.