Judicial power is the power of an independent state to administer the judiciary in order to uphold law and justice based on the implementation of the State Law of the Republic. All interference in judicial affairs by other parties outside the jurisdiction of the judiciary is prohibited, except in cases as stated in the Constitution of the State The court hears according to the law without discriminating against people. The court helps justice seekers and tries to overcome all obstacles and obstacles to a simple, fast, and low cost trial can be achieved. No one can be brought before a court other than what is stipulated by law. No one can be sentenced to punishment, except when the court, because of legal means of evidence, get the conviction that someone who is deemed to be responsible, has been guilty of the act he was accused of. 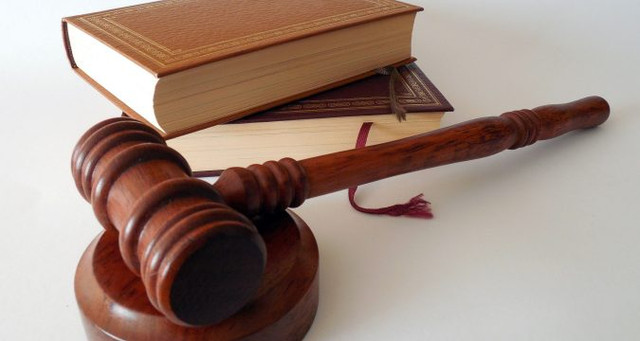 No one may be subject to arrest, detention, search and confiscation, other than on a written order by a legal authority in matters and according to the manner stipulated in law. Any person who is suspected, arrested, detained, prosecuted, and / or prosecuted before the court must be presumed innocent before a court verdict declares his guilt and has obtained permanent legal force. Anyone who is arrested, detained, prosecuted, or tried without reason based on law or because of an error regarding the person or the law it applies, has the right to claim compensation and rehabilitation.
The court may not refuse to examine, hear and decide a case filed on the pretext that the law does not exist or is unclear, but is obliged to examine. and put them on trial. All courts examine, hear and decide with at least 3 (three) judges, unless the law provides otherwise. The court shall examine, hear and decide criminal cases in the presence of the defendant, unless the law stipulates otherwise. In the event that the defendant is absent while the examination is declared complete, the verdict can be pronounced without the defendant’s presence.

All court decisions, apart from having to contain the reasons and basis for the decision, also contain certain articles and relevant laws and regulations or an unwritten source of law which is used as a basis for judging. Judges are obliged to explore, follow and understand the legal values and sense of justice that In considering the severity of the crime, the judge is obliged to also pay attention to the good and evil characteristics of the defendant. The party being tried has the right to refuse the judge who is hearing his case. The right of denial is the right of a person being tried to file an objection accompanied by reasons against a judge hearing the case.